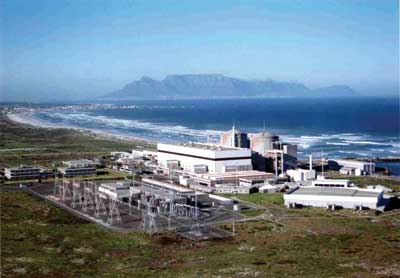 Toshiba-owned Westinghouse has decided to maintain its legal challenge against Eskom for the South African state utility for its award of a valuable nuclear power contract to French rivals Areva.

The company is challenging the awarding of the $381m contract to replace nuclear plant steam generators at the Koeberg plant near Cape Town to Areva, and it looks set to start a protracted legal battle, which Eskom can ill afford as South Africa continues to tackle power shortage issues.

Westinghouse had suspended its initial legal action as it examined documents related to the deal.

“Westinghouse Electric Company intends to continue pursuing its challenge of Eskom’s decision to award a tender for the replacement of steam generators at the Koeberg Nuclear Power Plant,” Westinghouse said in a statement.

“Based on documentation which Eskom has provided to date, Westinghouse maintains its stance that Eskom’s decision was flawed on various levels and should be set aside by the court.”

Westinghouse also said it would continue “to pursue its legal rights in an attempt to secure key outstanding documents from Eskom, which it has failed to provide.”

Eskom, which provides virtually all of the power for Africa’s most advanced economy, has said it is not opposed to giving Westinghouse documents but did not want to hand over anything that was commercially sensitive.