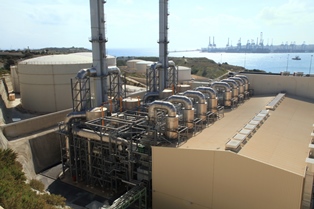 The 140 MW Delimara power station was commissioned in 2012 and currently operates on eight Wärtsilä 46 heavy fuel oil engines. Four of these engines will be converted into Wärtsilä 50SG engines and four into Wärtsilä 50DF engines.

The work will begin in January 2016 and is expected to be completed later that year in October.

Tan Qing, project manager for SEP Malta, said “the project in Malta is Shanghai Electric Power’s first step in Europe” and added that “we are very happy to be working with Wärtsilä on this conversion project”.

Niclas Nyström of Wärtsilä said the conversion will “not only boost the power plant’s output and enable more cost-efficient operation, but it will also benefit the environment through lowered emissions”.