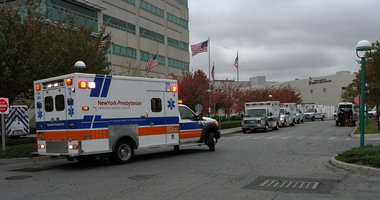 The Federal Emergency Management Agency is set to award $12 million to Staten Island University Hospital (SIUH) towards funding for a flood mitigation project.

The funding is to upgrade the hospital’s resiliency and is part aimed at protecting the institution’s combined heat and power facility. The hospital was in the path of Hurricane Sandy in 2012 and was fortunate to escape extensive flooding at the time.
SIUH, which is located in a flood plain, would use the funding to raise by 18 feet its cogeneration equipment, including boilers, electrical system, cooling towers and generators.

Said Gov. Andrew Cuomo: “The state is pleased to deliver much-needed funding for Staten Island University Hospital, providing a significant portion of the resources needed to improve resiliency and strengthen the facility in the face of increased likelihood of extreme weather. The hospital, like other communities in Staten Island, experienced serious damage as a result of Superstorm Sandy, and this funding represents the latest effort by the state to rebuild back stronger and better than before.”

Added Cuomo spokeswoman Barbara Brancaccio: “The State is prepared to commit $12 million in FEMA Hazard Mitigation funding for SIUH’s resiliency plan. We are working with SIUH on the scope and details of the project.”