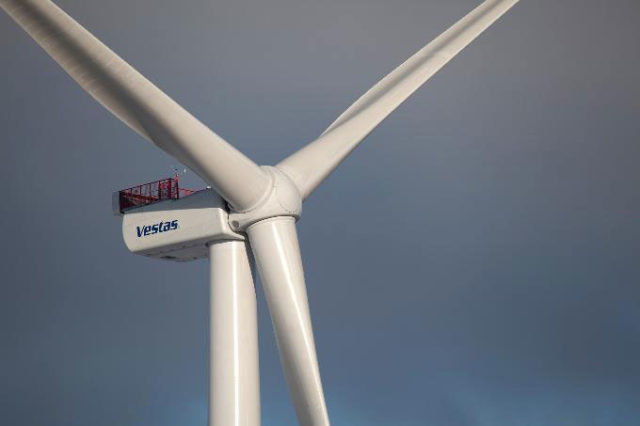 Some 8.7GW of Vestas wind turbines were installed in 2016, good for 16 per cent of all onshore wind installations last year and its strong performance in the US was influential in reaching the number one spot.

General Electric placed second with 6.5GW, some 0.6GW more than in 2015. While GE narrowly lost its traditional lead in the US market for newly commissioned turbines to Danish manufacturer Vestas, it managed to increase its global presence to 21 countries in 2016, from 14 in 2015.

Xinjiang Goldwind Science & Technology fell from first to third place with 6.4 GW in 2016. Virtually all of the Chinese manufacturer’s capacity was built in its home market, where Goldwind further extended its market share.

China’s contracting wind market had a clear impact on Goldwind, as overall installations there were 22.8GW, down 21% from the record 29GW in 2015.

The merger of Siemens and Gamesa should see a new strong challenge next year.

Bloomberg New Energy Finance compiles its annual onshore and offshore turbine manufacturer ranking based on its bottom-up project data base and selected market sources to provide a global harmonized methodology.