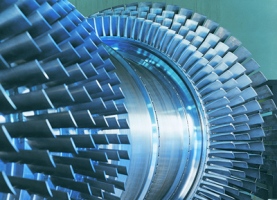 The value of the order was not disclosed.

The Punta del Tigre CCPP, located in Ciudad del Plata in the southern San Jose department, will be fueled by both natural gas and diesel.

Its two power units are scheduled to come on line some time late 2015 to early 2016.

Siemens has a long history in Uruguay, completing its first infrastructure project back in 1872, and in 2010 it established a local company, Siemens S.A. Uruguay, in Montevideo, the capital city.