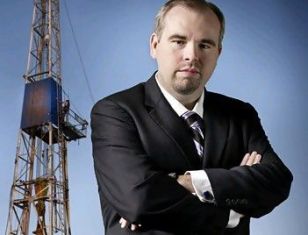 The head of an American shale gas firm says the UK has to decide whether it wants “to be the next France [and ban fracking] or become the next mini-US”.

Chris Faulkner, chief executive of Dallas-based Brietling Oil and Gas, said that this year’s harsh winter ” when gas reserves were severely stretched ” showed that Britain had a duty to look at the potential benefits of shale gas.

“To stick your head in the sand and hope the lights come on is reckless,” he told the audience at the Energy Live 2013 conference in London yesterday.

Faulkner said that the economic benefits that shale gas has given the US speak for themselves: $75bn in tax revenue and $280bn in GDP.

The Brietling founder has been in the UK for four months because he said there was no pro-shale voice in the anti-fracking debate which hit the headlines during the summer when protestors converged on the town of Balcombe, in England, after gas firm Cuadrilla set up to conduct exploratory drilling.

Faulkner said the environmentalists don’t want to hear “the other side of the conversation” and he added: “If you told the folks down in balcombe that their countryside was going to be laced with wind turbines you’d soon see them out there fracking themselves.”

Earlier in the day, Angela Knight, chief executive of trade group Energy UK, said of shale gas in the UK: “If we are standing on top of a very significant energy commercial asset, it would be amazing if we did not look at how to use it.”

Related features: Could the dash for shale gas backfire?