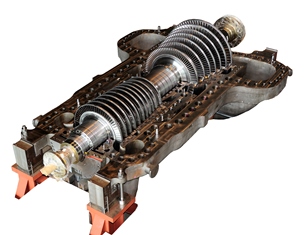 Toshiba has won an order to supply two sets of steam turbines and generators for the Norte III combined cycle power plant in Chihuahua, Mexico.

Toshiba will start delivery of the equipment from August 2016 and the plant is scheduled to come online a year later.

Norte III will be owned and operated by Spanish engineering company Abengoa, which is also the engineering, procurement and construction (EPC) contractor.

Once built, the plant will be one of the largest in Mexico with a capacity of 925 MW.

The challenge facing power providers in Mexico today is to reduce the price of electricity. With thermal power generation accounting for 70 per cent of total capacity in Mexico, demand for combined cycle gas turbine systems is expected to grow.