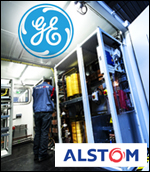 General Electric has responded in dramatic fashion to a bid earlier this week from Siemens and Mitsubishi Heavy Industries for Alstom.

In a significant concession to government demands, GE and Alstom will enter into a 50:50 joint venture over their combined power grid assets and another joint venture containing Alstom’s renewable energy assets.

There will be a third 50:50 joint venture in nuclear technology, in which the government will get a “golden share” that would grant it a veto. This will “assure security and growth of nuclear steam technology for France,” GE said in a statement.

The overall value of the offer remains unchanged, but the US conglomerate has agreed to sell Alstom (Euronext:à‚ ALO) its rail signalling business in a bid to strengthen the French group’s remaining transport business.

Alstom’s board has until Monday to decide between the two offers. Siemens is offering €3.9bn for Alstom’s gas turbines business, while Japan’s Mitsubishi Heavy and partner Hitachi would pay €3.1bn to take minority stakes in joint ventures with Alstom in its steam, grid and hydro divisions.

GE’s manoeuvre seems to have put it back in pole position as the government had viewed Mitsubishi-Siemens as having a “slight advantage” because their proposal was based on forming a partnership with Alstom, not a takeover.

Also under the revised GE offer, the intellectual property related to Alstom’s Arabelle nuclear steam turbine technology will be transferred to a special purpose vehicle wholly owned by the French government.

While the GE development was announced the French government is, according to FT, seeking clarity from Mitsubishi on its long-term intentions for Alstom’s steam turbine operations, in which the Japanese company proposes taking a 40 per cent minority stake.

Paris wants to know whether Mitsubishi would look to merge them with existing operations.

The Alstom board is leaning towards supporting the GE offer, in part due to concerns about how the rival offer would give Mitsubishi the power to veto future tender bids that competed directly with the Japanese group, according to people close to the talks.

For more on this developing story