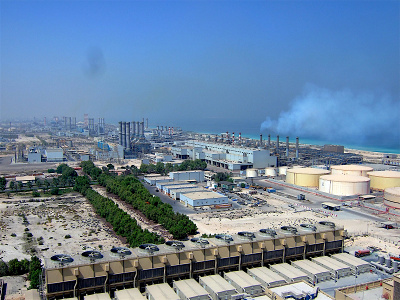 Siemens has won an AED1.47bn ($400m) contract with the Dubai Electricity and Water Authority (DEWA) for the expansion of the utility’s gas-fired M-Station power and desalination plant.

The 2060 MW combined-cycle plant (pictured), completed in 2013, is to receive two new gas turbine generators, two heat recovery steam generators and one back press turbine, which will increase its power capacity to 2700 MW and its thermal efficiency rating from 82.4 per cent to 85.8 per cent, Siemens said.

The expansion project is being managed by Mott MacDonald, and is scheduled for completion in April 2018.

The plant, located 35 km southwest of Dubai in the port town of Jebel Ali, is the UAE’s largest power and desalination facility. In addition to power, it produces 140 million gallons (636 million litres) of desalinated water per day.