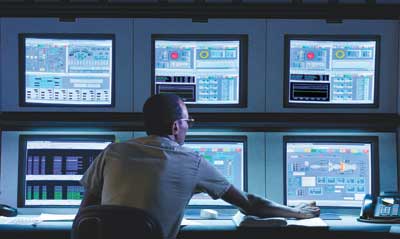 An engineer named one of Siemens‘ Inventors of the Year for 2014 has developed a technology set that the company claims will hugely simplify the process of updating control systems at power plants.

Engineer Klaus Wendelberger’s computer-based system simplifies the update of control systems. As a result of his team’s initiative, only a power plant’s boundary conditions need to be entered into the computer. The data entered includes the power plant type and its specifications, such as the output in MW.

The new system translates what it reads into the language used by a Siemens control system. This automatic translation of sequential function charts has now been used for about one year, and in ten projects to date.

Siemens said the automatic translation now only takes two to three days of processing time, saving as much as 30 per cent costs in the control system engineering operations.

According to Siemens, Wendelberger’s achievement has positive implications for all power plant operators. Previously the supplier of the control technology had to laboriously align the new control system with the parameters of the old one. Tens of thousands of plans had to be analyzed, translated, and transferred to the plans for the new system at a speed of around ten minutes per plan, while Siemens said Wendelberger’s system allows for automation of the project planning process as extensively and logically as possible.

Wendelberger was one of 12 Inventors of the Year named by Siemens this month.