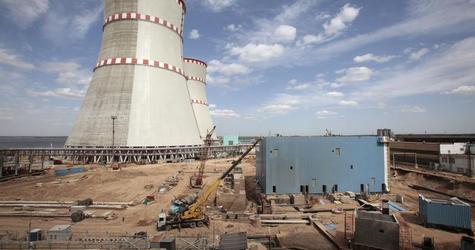 Siemens has received an order to supply six gas turbines, four steam turbines and ten generators for a new combined-cycle gas-fired power generating facility in Qatar, which is set to provide 25 per cent of the nation’s power.

The facility will also have an integrated seawater desalination facility.

With a total electrical output of 2.5 GW, and up to 136 million imperial gallons (618 million liters) of drinking water per day, the plant will deliver almost one quarter of the nation’s installed power generating capacity.

The new power plant is to be located in the Umm al Houl Economic Zone in the south of the country between Al Wakrah and the industrial city of Mesaieed. The plant will consist of two power blocks, each in a 3+2 configuration ” each block to consist of three gas turbines which will be used to generate the steam to drive two downstream steam turbines. Siemens’ scope of supply includes six SGT5-4000F gas turbines, four SST5-4000 steam turbines and ten SGen5-1200A-series generators as well as technical support for the project’s field erection and commissioning phases.

Siemens has now received two major orders from Qatar in a short span of time. Besides the major order for power plant components, Siemens has also signed a long-term service contract with the gas company Dolphin Energy Limited, headquartered in Abu Dhabi. Siemens will provide service and maintenance for nine aero-derivative gas turbines from former Rolls-Royce Energy and the associated nine Dresser-Rand compressors over the contract period of eighteen years.