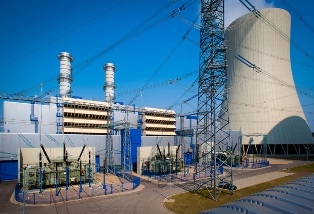 German utility RWE has announced it is to mothball its Lingen combined-cycle gas turbine power plant in Emsland this summer.

The reason for the mothballing is Germany’s solar photovoltaic plants are expected to provide a high-level of electricity during the summer and as a consequence, RWE said “the already low utilisation of the power plant will decline further and wholesale market prices are on a very low level”.

ent, which RWE said makes it “one of the most modern of its kind in the world”.

RWE had already decided to temporarily mothball two older gas-fired power plants at the Lingen site, Emsland B and C, from the second quarter of this year.

The so-called steam parts of both plants, with a capacity of 360 MW each, will be out of operation from 1 April to 30 September.

Today’s mothballing news comes a week after RWE posted a €2.8bn loss for 2013, the first time in 60 years the company posted an annual loss.

The utility said in its annual report: “Political intervention is making our business challenging. Declining margins, especially of gas-fired power stations, have already caused us to recognise considerable impairments. Should market conditions continue to deteriorate, we will be at risk of having to perform further writedowns.”