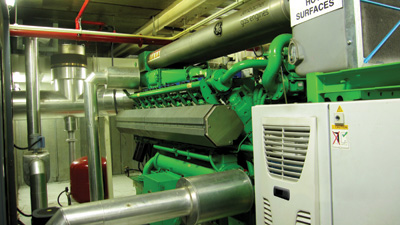 The equipment is needed to increase hog production and processing capacity as the region works to strengthen its domestic energy and food security.

The Altaimyasoprom hog farm is located in Srednesibirskiy, in the Altai Region, and 3,600 km (2,237 miles) east of Moscow.

Altaimyasoprom is installing the Jenbacher generator sets in a two-phase project to ensure it has a reliable supply of power to create a modernized, full-cycle breeding and meat processing facility that can produce up to 330,000 hogs a year. The facility represents GE’s first hog farm on-site power project in the Altai Region.

For the first phase of the on-site power project, which began operating in July 2012, GE supplied four of its 637-kilowatt (kW) J312 engines. As part of the second phase, GE is scheduled to deliver two additional 1 MW J320 gas engines as well as a 2 MW J612 unit in April 2013. EcoEnergy, which bought the engines from GE, is providing commissioning and after-sales service to support the operation of the engines.