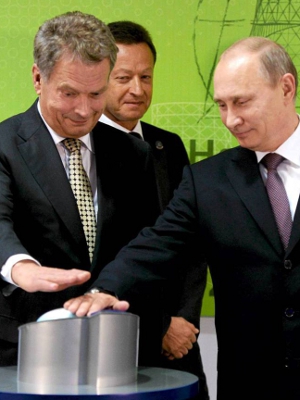 The facility will eventually generate 1,250 MW of power and is being built by Finnish company Fortum.

RIA Novosti reported that Putin and Finnish leader Sauli Niinistàƒ¶ both simultaneously pushed a symbolic button, after which the plant was connected to Russia’s national power grid.

The facility will consist of three combine-cycle units utilising energy-efficient gas turbine technology and the first unit of the power plant has been in commercial operation since March 2013. Units two and three are to be completed in 2013 and 2014 respectively.

It is the largest greenfield thermal power plant project in Russia since 1990, and the plant’s estimated annual production, 9.8 terawatt-hours, equals the electricity consumption of about 3.1 million Russian households.