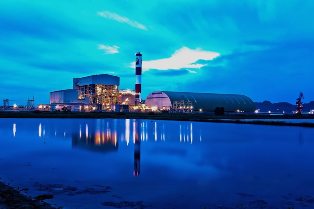 Ground was broken last week on a 150 MW expansion planned for a 164 MW coal plant in La Paz, Iloilo City, in the Visayas region of the Philippines.

The original plant, built by developer Panay Energy, came online in 2011. GBPC claims the plant has effectively reduced the cost of electricity locally by P1.80 ($0.04)/kWh and has successfully addressed the electric power shortfall in the Visayas region. But new industry has come to the heavily urbanized area, with the Philippines Department of Energy predicting that power demand in the region will jump from its current 1353 MW to 1781 MW.

“As an affirmation of our continuing support and confidence to the economic growth and development of the Visayas region, we are investing an additional P15.6 billion put up a single larger unit of 150 MW,” said Francisco Sebastian, GBPC’s chairman.

With a planned total investment of $1 billion, the company aims to increase its capacity by 1 GW by 2018 from its current capacity of 627 MW. As part of this plan, GBPC has commissioned a feasibility study to explore the potential for a 40 MW-50 MW biomass power plant in the Negros Occidental province.