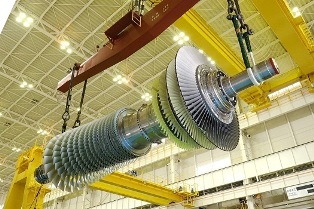 Mitsubishi Hitachi Power Systems together with Marubeni Corporation has won an order for two gas turbines and a steam turbine for a new 950 MW LNG-fired combined cycle power plant in Korea.

The new plant will be built in Pyeongtaek, Gyeonggi-do, around 80 kilometers south of Seoul, by Shin Pyeongtaek Power, a special purpose company set up by several firms including Korea Western Power and GS Energy Corporation. The EPC company is a consortium led by POSCO Engineering & Construction and SEOHEE Construction.

The plant is expected to be operational in 2019, when it will sell its power to Korea Power Exchange. It will mainly consist of two M501J gas turbines, a steam turbine and a generator. MHPS will also provide parts, repairs and maintenance services for the turbines and other equipment.

Orders for MHPS’s J Series turbines from both Japanese and global markets have now reached 38 since it was launched in 2009, with 17 of these already in operation. Collectively, J-Series gas turbines have logged over 126,000 hours of operational service.

MHPS says that plants in Korea utilising heavy-duty gas turbines have increased in recent years, making the country “one of MHPS’s most important markets”.

The collective power output of these projects has reached 13 GW in the past five years, of which MHPS says that it has been awarded 8.5 GW, making it the largest supplier of gas turbines to the Korea market.