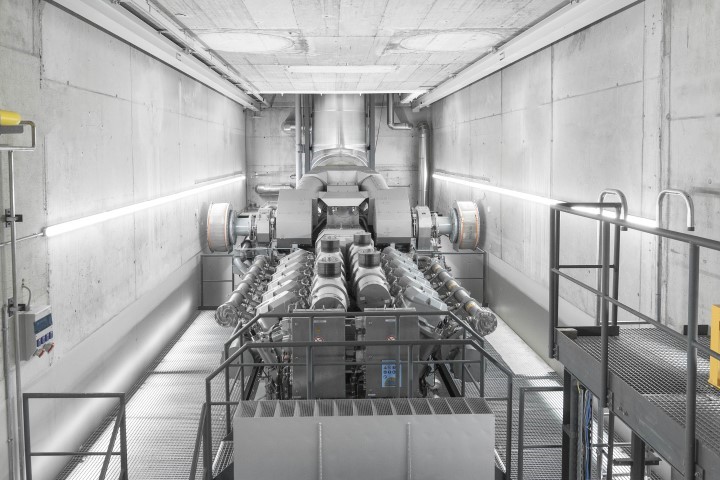 MAN Energy Solutions was contracted in August 2017 to supply a MAN 12V35/44G TS gas engine to replace the plant’s two existing engines of 3 MW output each. The engine’s two-stage turbocharging design makes the 7.5 MW unit particularly efficient, resulting in a fuel efficiency of up to 90 per cent for the Schwàƒ¤bisch Hall CHP plant.

“The decision to order from MAN was made on the basis of the outstanding efficiency and flexibility of the system. It will also be possible to participate in the energy balancing market in the future; the existing district-heating storage components allow the decoupling of electrical and thermal energy-generation.”

MAN will remain a project partner even after the commissioning of the plant, with MAN Energy Solutions’ global after-sales division, MAN PrimeServ, being charged with servicing and maintaining the engine for the next 10 years.

Contributing to the energy transition

“The new engine will achieve an electrical efficiency of 47 per cent, compared to the 39 per cent of the previous units,” confirmed Gebhard Gentner, managing director of Schwàƒ¤bisch Hall Municipal Utilities. “This means a 20 per cent increase in the efficiency of the plant as a whole, thereby fulfilling the requirements stipulated in the German CHP Act for the plant to be operated commercially.”

Gentner concluded: “High-efficiency technologies, such as heat and power cogeneration, make an important contribution to controllable power generation in the context of the energy transition. That’s why Schwàƒ¤bisch Hall Municipal Utilities generate power and heat from more than 50 cogeneration units at over 30 sites.”

MAN Energy Solutions will be exhibiting at POWERGEN Europe. Visit them at stand C37 to learn more about their cutting edge solutions.