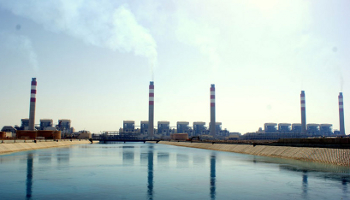 Japanese engineering firm Yokogawa Electric Corporation has announced that its subsidiary, Yogokawa Middle East, has received an order to supply systems and operator training simulators for the Kingdom of Saudi Arabia’s Shoaiba II combined cycle power plant, which is being built for Saudi Electricity Company (SEC).

The Arab News reports that the Shoaiba II combined cycle power plant, located south of Jeddah, will have 10 gas turbines and two steam turbines with a combined output of 1200 MW (two blocks of 600 MW each) and is scheduled to start operations in June 2013.
The order is for a comprehensive solution comprising a Centum VP control system and a simulator which will be used to train operators under complex simulated plant operating conditions.

The Centum VP control system at the plant will be for the integrated control of heat recovery steam generators (HRSG) and gas turbines.