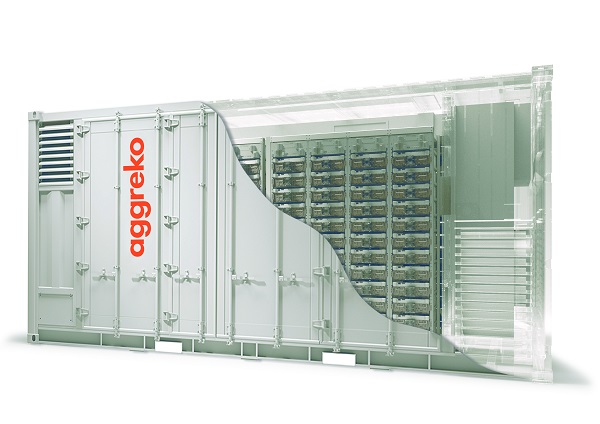 While the energy landscape seemed frozen in time for several decades from the 1950s until 2000, we have certainly come out of the ice age and are now headed, perhaps a little too quickly, to much warmer times.

Awareness of the impact of global warming has led to an acceleration of the change to the energy sector which has been compared to the changes seen in the great industrial revolution of the 18th and 19th centuries.

With this, the advent of intermittent renewables has ushered in a brand-new set of challenges that stakeholders had never faced before. Technologies and sources of energy glorified one day, fall out of grace the next day. Gas power is one of those, but as I will argue, there is a way that we can bring it back into favour: the intelligent deployment of battery storage.

A much cleaner fuel than coal or liquid fossil fuels, gas quickly rose to the top of the energy mix in many countries in the millennium.à‚  Combined-cycle gas turbines became the most popular form of centralised electricity generation, driven by the low cost of gas and their high efficiency. This is borne out in figures from Bloomberg New Energy Finance (BNEF), which show that between 2008 and 2015, 250 GW of new gas capacity was installed across about 2000 sites worldwide.

However, as the need for flexible generation increased due to rising volume of solar and wind power installations, CCGT got into trouble; although efficient, they are not able to move fast enough to compensate for the variations in supply associated with renewables. So the sector responded with more gas technology: fast-acting open cycle gas turbines (OCGT) came back into fashion.

This presented new challenges when it came to the integration of renewables. Firstly, the marginal cost of renewables production is effectively zero, leading renewables to compete strongly with CCGT on wholesale electricity markets, thereby displacing the cleanest thermal generation of the system. Secondly, the increase in renewables led to an increased demand for fast responding OCGTs which could keep up with the associated intermittency but were also less efficient than CCGTs.

In short, the most efficient form of gas generation was being displaced by renewables combined with much less efficient OCGT gas turbines.

Surely we can do better?

The answer comes in the form of energy storage. The price of batteries has dropped considerably in the past 10 years ” according to BNEF the price of battery cell packs have dropped from almost $1200 in 2010 to less than $200 in 2018. Batteries are now a more competitive (and cleaner) alternative to OCGT, which is now being recognised in legislation.

For example, California’s two landmark energy storage bills require California’s Investor-Owned Utilities (IOUs) to procure and install nearly 2 GW of storage by 2024. The assessment carried out by the state government of the cost vs benefits of batteries compared with gas turbines has found batteries to be more economical.

Centralised electricity generation seems to have also found its stride. We now have higher levels of renewables than ever before, enabled by grid-scale energy storage and efficient thermal generation thanks to the use of gas as a controllable baseload power.

At Aggreko, we believe the lessons learned from centralised power generation can be applied to distributed generation to provide our customers, wherever they are, with the best balance of clean, cheap and reliable power. Our ‘CCGT’ is our fleet of gas engines; our storage technology is our new Y.Cube, a fully containerised 1 MW battery; and the grid operator is our smart YQ energy management system.

There are a range of examples where we have seen this work across the world. The Gold Fields Granny Smith gold mine in Western Australia is set to install one of the world’s largest renewable energy microgrids. It will be powered by a combination of gas generators and 20,000 solar panels and supported by the Y.Cube battery system. The use of battery storage will enable the mine operators to use more solar while also running gas engines more economically.

Gold Fields is just the beginning. In many in off-grid locations the right combination of gas, batteries and solar is already the most economically attractive technology mix.

Gas-battery hybrids have an even wider application than remote off-grid projects. Access to reliable power can also be an issue in countries with a reliable electricity system. Data centres for example are often built faster than the grid can keep up with; on top of that the computers in each centre are also extremely sensitive to power quality and can require very sudden spikes in demand.

We have helped our customers who run data centres to meet this challenge by supplying one such centre in Ireland with gas generators and a battery, guaranteeing both a stable energy supply and the highest possible power quality. It also provides an easy-to-implement and reliable solution to keep the business running.

Huge strides have been made in the past few years to establish greener power solutions as a source of energy. However, the energy transition is far from complete. New technologies keep emerging, and there is still little knowledge of what the end point will look like and how long it will take to reach it.

But despite all the uncertainty there are some things we do know. One is that combining batteries with gas will go a long way to making cheaper, cleaner and more reliable power more accessible.
à¢€¦à¢€¦à¢€¦à¢€¦à¢€¦

You can hear thought-leaders discuss The Role of Gas Engines, and Mobile Power & Offgrid Solutions in the Knowledge Hubs at POWERGEN Europe in Paris in November.à‚