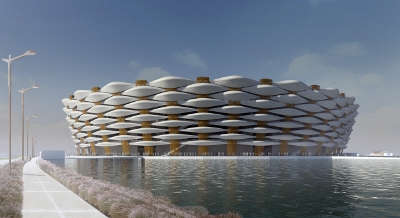 The $1.5m Basra Sports City contract was awarded to Horizons by Anwar Soura General Contracting Company to equip the facility, one of the largest multi-purpose sports complexes in the Middle East.

The installation has led to further similar business wins for Horizons, who has been named as the preferred supplier of power solutions for two major government-funded sports complexes in Iraq – the Holy Al Najaf Stadium and Al Menaa Stadium.

Mohammed Ali Kilani, Deputy Managing Director of Horizons, explained some of the challenges associated with the Basra project.

“We had to carry out research to ascertain the specific type of generator set that was best suited to the site conditions and ensure the set loads were calculated to optimum levels, all the while having to contend with the ambient temperature of the site. Another major challenge which was very unique to this project was the security situation in Iraq – our management team had to take every precaution possible to ensure the safe delivery of the units to the site and, of course, to protect the units while they were on site.”

Commenting on the project, Eng. Maad Al Zubaidy, of Anwar Soura General Contracting Company, said: “This was one of the most significant construction projects Iraq has seen in recent years and one which we hope will provide a lasting sporting and cultural legacy for the area.”