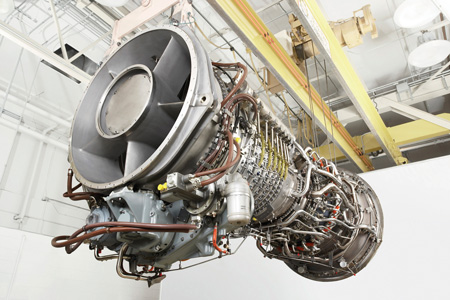 GE has beat its global record for first fire of an H-class gas turbine in Pakistan.

It added that grid synchronization of the gas turbine was achieved in 74 days, another record.

The plant is scheduled for commissioning later this year. It will feature a primary re-gasified LNG fuel system, a secondary diesel fuel system, water cooled condensers and a cooling tower.

The first turbine is now producing up to 380 MW, GE said.

In a statement, the firm emphasized the “strong collaboration” with NPPMCL and Harbin Electric in driving the project.

The previous record was set at Pakistan’s 1230 MW Haveli Bahadur Shah plant, where the duration from gas turbine delivery to first fire test was 74 days according to GE.

Pakistan is the first country in the MENA-Turkey-South Asia region to install 9HA turbines.

Rashid Mahmood Langrial, CEO of NPPMCL, said, “We are committed to delivering on the government’s vision to strengthen power generation in Pakistan and to meet the growing needs for power for residential and commercial use.

“With the first fire and synchronization of the first gas turbine, Balloki is on schedule to enter operation and will support the people and national economic growth of Pakistan.

“The record completion of first fire is a strong demonstration of the extraordinary teamwork that is going into the project to ensure its timely commissioning.”

Pakistan is actively working on boosting its energy security. Earlier this month, the nation signed an agreement with France’s Agency for Development (AFD) for $192m in loans to bolster its energy sector against growing demand.