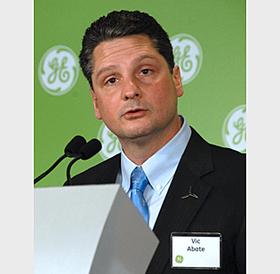 A top executive at General Electric says the company intends to sell 500 of its new gas turbines by 2030.

“Between now and 2030, our view is we’re going to plant 500 (H-class gas turbines) in the ground,” Vic Abate, GE’s vice president of power generation products, said during a presentation for investors and analysts at GE’s global research centre in Niskayuna, New York.

The H-class gas turbine is designed to be more efficient at converting natural gas to electricity than older turbines.

It is a critical new product for GE’s power business — the company’s biggest industrial segment — and its prospects are being closely watched by Wall Street.

Abate said GE planned to build 7 H-class turbines this year with the capability of delivering 30 in 2016.