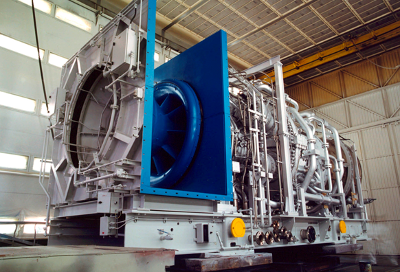 The company is to provide four LM2500+G4 Aeroderivative Gas Turbines for a new floating oil and gas production (FPSO), storage and offloading (FPSO) vessel—the Cidade de Caraguatatuba MV-27, off the coast of Brazil.

The turbines will provide 85 MW of on-site power to MODEC, a general contractor specializing in the engineering, procurement, construction and installation of floating production systems.

The new FPSO, owned and operated by MODEC, will be installed and operated on charter in 2,240 meters of water. The units will generate reliable power to support the facility’s production processes, water reinjection, gas compression and process heating. Underscoring the operational and fuel flexibility of GE’s aeroderivative gas turbine technology, the units will use non-commercial grade “field gas” that is produced at the vessel. As a result, GE’s equipment will help reduce industrial greenhouse gas emissions.

GE’s LM2500+G4 offshore gas turbine-generator packages offer a reduced weight and compact solution for installation on floating as well as fixed platforms. These packages are specifically built for rugged offshore/near shore applications with all necessary oil and gas standards for safety, durability and reliability.

The company announced the Latin America launch of its Distributed Power business on April 8, 2014 in Mexico City.