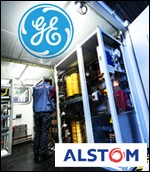 In a bid to meet European Union competition expectations, General Electric has offered concessions in its efforts to finalise its £9bn takeover of France’s Alstom.

The company submitted the proposal for what would be its biggest ever acquisition on Thursday.

“GE confirms it has submitted remedies to the European Commission in relation to the GE-Alstom transaction. These remedies address the concerns of the Commission and at the same time preserve the economic and strategic value of the deal,” the company said in a statement.

The concessions will have to address the European Commission’s worries that the deal could hurt competition as it would result in the merged gas turbine company competing with only German rival Siemens.

Reuters reports that the EU competition authority is likely to extend its scrutiny to mid-September from August 21st as it seeks feedback from rivals such as Siemens, Mitsubishi Hitachi Power Systems, Toshiba Corp, Ansaldo Energia and customers.

GE has drawn the line against divesting anything that would hurt business gained from servicing gas turbines, which generate lucrative revenues.

The company previously saw its bid for Honeywell International turned down by EU regulators in 2001.