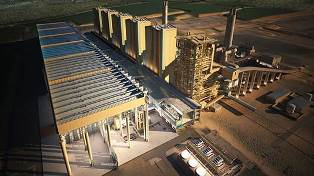 South African utility Eskom has terminated a contract with Alstom for control and instrumentation work at the 4800 MW Kusile coal-fired power plant, which is being built outside Johannesburg.

Eskom said that the termination with Alstom S&E Africa was consensual and was reached “on a co-operative walk-away basis”.

It also added that the cancellation did not affect Alstom’s existing C&I works contract for Medupi power station.

Eskom did not reveal the terms of the termination and settlement agreement, however it has been reported that Eskom has had to pay Alstom a cancellation fee of $3.3m.

The $160m Kusile C&I contract has now been awarded to ABB. The hunt for a replacement for Alstom was started last year and was a race between ABB and Siemens. ABB is said to have won because it said it could complete the work by February 2016, whereas Siemens committed to April 2016.

Eskom’s acting executive for group capital, Abram Masango, said: “Eskom is looking forward to working with ABB in the execution of the control and instrumentation works, which is the brain of a power plant.

“We believe that the procurement process that we followed will ensure a seamless transition and that it formed a strong basis for a competent supplier to deliver a quality product within agreed timelines”.

Kusile will comprise six 800 MW units and once completed will be the fourth largest coal-fired power plant in the world and the first in South Africa to install flue-gas desulphurisation.

It will use an air-cooling system to help conserve water and the plant’s operational life is expected to be 60 years.