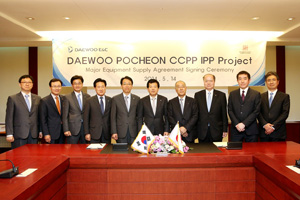 Energy Business Review reports that under the deal, MHPS will supply two M501J gas turbines, one steam turbine and three generators for power plant that is expected to start operations in November 2016.

The contract increases the total number of J-Series gas turbines supplied by MHPS to Korea to 13 units.

MHPS said the 60 hertz M501J gas turbines were developed using its technologies and with turbine inlet temperatures of 1,600°C they achieve the world’s highest level of efficiency and power generation capacity in systems of this type.