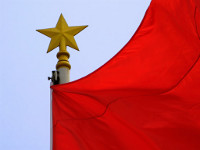 China is poised to overtake the US as the global diesel generator set market leader according to new data.

A report from research firm GlobalData expects China’s share of the market to increase from 26 per cent last year to 33 per cent by 2020.

The study finds that while the US, China and India are currently the top diesel genset players, only China and India’s market shares will improve by the end of the forecast period.

“As a result, China will see its revenues jump from $2.7 billion in 2013 to approximately $5 billion by 2020, representing a compound annual growth rate of 9.6 per cent. Meanwhile, the US can expect its market value to increase only moderately during the same period, from almost $3 billion to $3.8 billion, at a CAGR of 3.7%.”

However, GlobalData suggests that a number of barriers will hinder any further development in China’s diesel genset market by 2020, including the slow anticipated growth in the country’s industrial sector.

Despite heavy industry being an important end-user for China’s genset market, as this sector consumes the majority of electricity nationally, the report states that industrial output is expected to rise at a slower pace until 2015.

And the Chinese government’s increased focus on the commercialization of renewable sources for electricity generation will also affect further expansion in this arena.

Raina added: “The government plans to strengthen and modernize China’s transmission and distribution network, in order to enable the system to accommodate renewable power. Major investments in the smart grid over the next five years are expected to make electricity supplies in China more reliable, which will in turn have an adverse effect on the diesel genset space during the forecast period.”