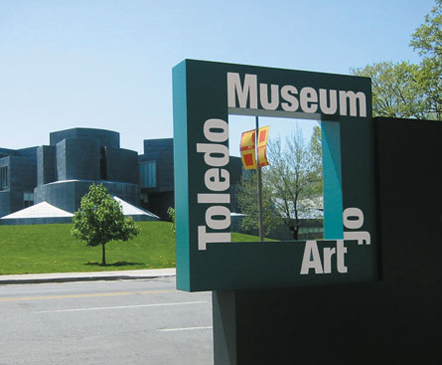 A museum in the US has managed to cut its use of electrical power by 79 per cent through a mix of variety of on-site power technologies.

The 101-years-old Toledo Museum of Art has recently installed a brand new 360kW solar canopy over a large portion of the premises’ newly renovated main parking lot. When combined with theà‚ 200 kW solar array on the roof of the main Museum, the panels are responsible for generating 50 per cent of the 250,000 sq. ft. building’s total electrical demand.

The museum also hasà‚ six more micro-turbines and chillers were installed in the Glass Pavilion’s power plant. (A micro-turbine is aà‚ gas turbine that operates similarly to aà‚ steam power engineà‚ except that air is used instead of water.)

They produce 65 kW of electricity apiece and have been a cornerstone of the Museum’s energy saving efforts,” explains the official website. “With micro-turbine technology in place, the Museum has been able to generate 15 per cent of its own electrical power, reducing its dependence on the electrical grid.”