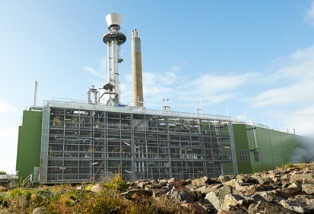 GoBiGas is operated by Gàƒ¶teborg Energi and Danish catalysis company Haldor Topsoe has provided licensing, catalyst and engineering for the gas cleaning, as well as the methanation section for the project, enabling the plant to produce substitute natural gas (SNG) by thermal gasification of forest residues. The biomass is converted to gas with a methane content of over 95 per cent and the plant has a capacity of 20 MW.

GoBiGas consists of two primary phases: phase one focused on establishing the demonstration plant which is now in operation while the second phase is to expand to a full-scale commercial plant.

Project manager Troels Stummann said: “During the GoBiGas project it was necessary to think out-of-the box and combine well-proven substitute natural gas technologies in new ways. Gàƒ¶teborg Energi has been a highly competent partner in this process, providing us with valuable feedback and critical assessment throughout the entire project phase.” à‚

Freddy Tengberg, site manager of GoBiGas for Gàƒ¶teborg Energi, said that “designing, building and stepping into operational mode has been a challenging journey”.

Haldor Topsoe is now looking to replicate the success of GoBiGas elsewhere in the world. Lene Gottrup Barfod, SNG technology and catalyst manager, said: “The implementation of other projects remains dependent on natural gas price development and, to a large degree, also policy making, since biomass utilization is still driven by political incentives. Nevertheless, we believe in the long-term potential of biogas as an integrated part of the future energy supply.”