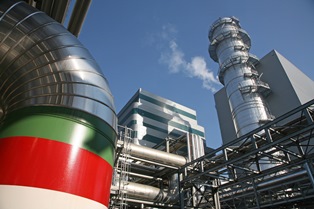 The move comes in the wake of yesterday’s finalization of GE’s acquisition of Alstom (GE finally completes Alstom acquisition).

Ansaldo said that the deal will allow it to increase its turnover twofold in the coming five years, become an international leader in the gas turbine sector and expanded its markets in Europe, the Middle East and the US.

The Italian company has bought all of Alstom’s heavy duty gas turbine intellectual property rights for the latest ratings of the GT26 and GT36 turbines, existing upgrades and pipeline technology for future upgrades, as well as servicing agreements for 34 GT26 turbines already sold in recent years by Alstom.

Ansaldo has also acquired more than 400 Alstom employees in Baden, Switzerland, who will continue to develop Alstom heavy duty gas turbine technology and support the service and turbines business.

The deal ” which is expected to close early next year following regulatory approvals ” also sees Ansaldo take over Alstom’s Power System Manufacturing (PSM), a company based in Florida in the US which mainly focused on other OEM aftermarket businesses.

Ansaldo Energia chief executive Giuseppe Zampini said that the deal “lays the foundations for Ansaldo Energia to enhance a sustainable growth in the power generation industry”.