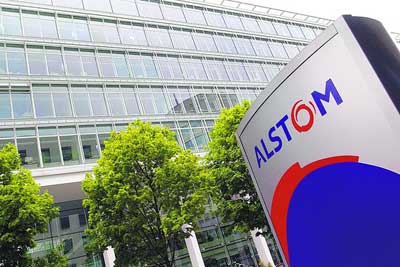 Alstom is confident that it will be heavily influential in the development of Chinese nuclear power capacity.

He said, “China will install another 800 GW of capacity for nuclear power, about 70 per cent of which will use our technology for steam turbines and other key components.”

Mr Chen added at the event, convened by the Chinese Nuclear Society, “China’s nuclear market has a huge potential for growth. Basically, it is because China’s nuclear industry is still at a nascent stage. Power generated by nuclear plants accounts for less than 2 per cent. Therefore, the nation should build more plants to feed its growing energy demand.”

Chen said this agreement is strategically important for both Alstom and DEC as China resumes building nuclear plants and moves towards the third-generation technology.

“It is also in line with the Chinese government’s commitment to steady growth in the sector under the current Five-Year Plan, with a top level of safety that fully meets the standards of the International Atomic Energy Agency,” he said.

Nuclear has gained more prominence since the government targeted the curbing of pollution by moving away from coal-fired power.

Premier Li Keqiang pledged at the opening of the annual meeting of parliament last month to make greater efforts to change “the way energy is consumed and produced” through the development of nuclear and renewable energy, the deployment of smart power transmission grids, and the promotion of green and low-carbon technology.

This and other stories on this week’s PEi Newscast