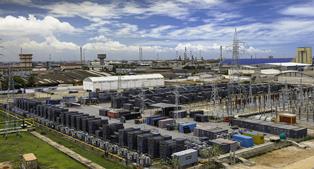 Aggreko has secured a three-year contract extension to a 200 MW gas-fired power project in Ivory Coast.

The Aggreko plant in the Vridi area of Abidjan is operated by CI-Energies and provides power to Ivory Coast and surrounding countries interconnected to the country’s grid.

CI-Energies director-general Amidou Traore said: “The 200 MW supplied from the Aggreko plant is an important component of our energy generation mix and helps us maintain supply to our customers while we develop our long-term infrastructure programmes.”

Aggreko said that it views Ivory Coast as a vital platform in its West African operations. In addition to the Abidjan plant, Aggreko also runs its West African youth training initiative, The Aggreko Technical University, in Ivory Coast. The programme has so far seen 18 Ivorian and West African engineers trained with 14 going on to graduate and join Aggreko in various locations across Africa.