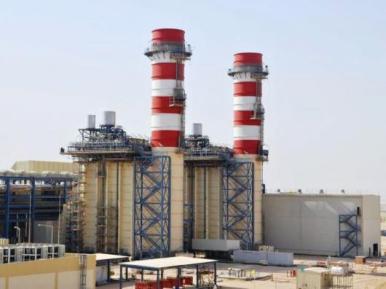 The plant is Siemens’ fifth in Abu Dhabi and features four Siemens SGT5-4000F gas turbines, two SST5-4000 steam turbines and six generators. According to Siemens, it has an efficiency of 54 per cent. As well as supporting the nation’s growing power demand, it will deliver power to the emirate’s expanding industrial sector including the nearby Ruwais refinery, Siemens said.

“Handing over the Shuweihat S3 power plant is a milestone for us in the region,” said Dietmar Siersdorfer, CEO of Siemens in the Middle East. “For decades we have been committed to building safe, reliable and efficient power generation for the UAE, in support of sustainable economic growth. Shuweihat S3 is a prime example of what can be achieved with outstanding technology, a strong local presence and significant expertise.”

Shuweihat S1 (1500 MW) and the 1510 MW Shuweihat S2, completed in 2004 and 2011 respectively, both feature integrated seawater desalination. Canadian EPC contractor Hatch, which provided technical advisory services to Kepco during the bidding process for Shuweihat S3, noted that provisions for a desalination plant were included in the design.