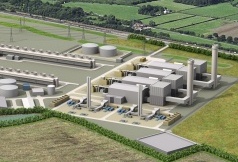 A 27km pipeline is under consideration by UK planning authorities after RWE Npower applied for the development in order to feed two proposed gas-fired power plants.

The 27km pipeline would run from the transmission network in Staffordshire to Willington, which previously held two coal-fired power stations, now decommissioned.

The Planning Inspectorate has 12 months to assess the proposal and make a recommendation to the secretary of state.