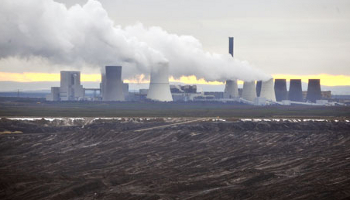 Czech Republic’s EPH has outlasted rival bids to win the bid to take over Vattenfall‘s German lignite coal mine and power assets.

Reuters reports that three insiders privy to discussions had told them the Czech firm’s offer is favoured and an official deal will be signed next week.

Steag and Macquarie had proposed setting up a foundation to run and eventually wind down the assets and had asked for a large contribution from Vattenfall.

EPH, which teamed up with Czech private equity group PPF Investments, declined to comment, as did Vattenfall and Macquarie. Czech Coal was not immediately available for comment.

Vattenfall, which is selling the German lignite assets as part of its strategy to reduce its carbon exposure, in March said its production mix would change dramatically if the lignite sale went forward, making it a utility with one of the smallest carbon footprints in Europe.