The market for digitalization in the energy sector is set to grow to $64bn by 2025, analysis from Bloomberg New Energy Finance (BNEF) has found.

With energy innovation increasingly centering on digital technologies and strategic uses of data, the sector is set for a paradigm shift from its current focus on hardware to the growing importance of software, BNEF said.

Its report, Digitalization of Energy Systems, predicts big shifts in the intelligence of digital technologies used in energy between 2017 and 2025, and a change in the energy sectors that will benefit the most from digitalization.

In today’s energy sector, the report said, the biggest use of digital technologies like sensors, data collection and analytics is to improve the bottom line of fossil fuel-fired power plants. Revenue for digital services for plant O&M are estimated to be $24bn in 2017, around 44 per cent of the total market size for digitalization.

But as gas- and coal-fired plants are shut down, and those that stay online become digitized, the opportunities for new revenue from the fossil fuel sector will shrink, BNEF said. By 2025, digital technologies will be able to help ‘prosumer’ owners of rooftop solar systems, batteries or electric vehicles to decouple from the grid and gain greater value from their assets.

Julia Attwood, an associate on BNEF’s emerging technology analysis team and lead author of the report, said: “Countries with high penetration of distributed renewables, good communications network infrastructure and robust venture capital investment in digital technologies are likely to take rapid advantage of energy digitalization. Italy, for instance, is one of the global leaders in small-scale PV, has almost 100 per cent high speed network coverage, and supportive regulation for digital technologies.”

The US is also predicted to do well, keeping up its leadership in digital technologies and early-stage fundraising. Australia is predicted to rise in the rankings by 2025 due to predicted high levels of decentralized energy production.

In addition, emerging-market countries that have beneficial policies, foster innovative startups and are rolling out network infrastructure are likely to digitalize their energy sectors soonest, BNEF said, citing Chile, Indonesia and Nigeria.

Graphic courtesy of Bloomberg New Energy Finance. The report may be found here. 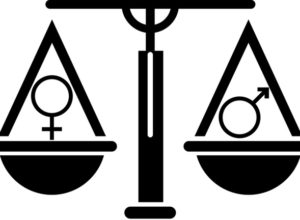