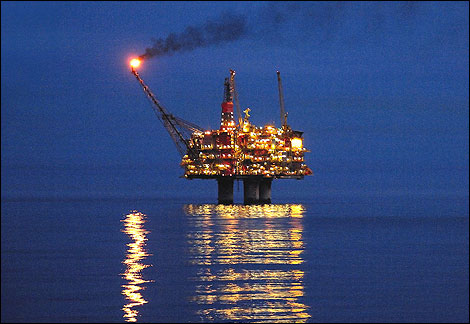 PEi: What are the most common types of litigation an energy company could face, and why is this potential growing?

RP: This is something which we at BLP have noticed recently. Anecdotally, in talking to clients, they seem to confirm what we’re seeing: an increase in disputes relating to oil and gas and the wider energy sphere. In our practice the value of this work over the past three years has gone up 80 per cent year on year. This is due to a number of different issues.

First, resources are getting increasingly scarce, harder to get out of the ground, harder to exploit – that costs more. The infrastructure for transporting oil and gas to market is scarce. So you have competition for scarce resources and scarce infrastructure, which always leads to conflict. Currently there is a dispute regarding access to a North Sea pipeline, a position that’s particularly acute in the North Sea. Aging infrastructure, and access to it, can be difficult things for new participants to negotiate. Arguments over infrastructure being shut down for maintenance, which denies resource owners the ability to get their product to market, can lead to disputes. We have several on at the moment.

Second, in the energy industry, particularly upstream, we see a lot more joint ventures than there would perhaps be in other industries. Where there are JVs there are almost inevitably conflicts, with parties who would be in commercial competition with each other having to work together. They might see things – which should be common interests – in different ways. But they have to be [in the JV] because of the costs of exploration and production.

Another reason is the simple fact that – and this is historically well known – most oil and gas resources are found in politically unstable areas. So what we’re seeing at the moment, for instance, is that the Ukraine crisis has triggered a desire by western Europe to look for alternative sources for gas in particular. But if you’re signed up to a long-term gas supply contract and want to get out of it, this could lead to dispute.

There’s the political and economic instability aspect: states deciding they can make money by nationalizing, or imposing measures similar to nationalization of oil and gas resources (I have a dispute going for a European oil company in the Mediterranean) – which does give rise to bilateral investment treaty or energy charter treaty arbitrations, where you have a company having a dispute against a state. The Energy Charter Treaty, which has a large number of signatories, gives investors in the energy sector a right against expropriation of their assets without reasonable compensation, so even if they have no protection in the domestic law of the country, they can bring arbitration under the treaty. Such an arbitral award is enforceable in most countries in world under the New York Convention, pursuant to which awards made by arbitral tribunals can be registered and enforced in signatory states like judgments of those states’ domestic courts.

Another factor is the shale gas revolution and its implications for LNG and contracts being bid up.  There has been a big demand; particularly after Fukushima the spot price of LNG shot up and became an attractive proposition for owners of cargos to breach contracts and sell to someone who would pay a higher amount. Also, the shale revolution has changed the wider energy market – US fracking has released a large amount of very cheap US coal onto the market which is being imported into western Europe and being burned in place of gas. Economic shocks tend to create disputes because people try to renegotiate contracts that suddenly don’t look so attractive.

There has also been an increase in gas price review arbitrations. In a long-term gas supply contract, the buyer will be able to reopen the question of the price of gas; if the parties can’t renegotiate, it will go to arbitration. Until recently a lot of gas supply contracts linked the price of gas to oil. There didn’t used to be many spot markets for gas, but that has changed; and the spot market price for gas has dropped considerably compared to the price of oil. Recently we’ve had very large arbitral awards, such as the RWE-Gazprom case last year – the tribunal said, effectively, “I know you linked the price of gas to oil, but we’re going to break that linkage and set the gas price at a different price in future, and order Gazprom to repay you millions of dollars.” And this has triggered a lot of follow-on claims: “If RWE can break the linkage of gas to oil, so can we”. Before the recent decisions, it was different – depending on the terms of the contract, it was perceived to be very difficult to convince a tribunal to depart from the parties’ agreement on how to adjust the price. On the face of it, it’s still a difficult task to convince a tribunal to do so. But fact that there are high-profile cases where a tribunal has been willing to do so has led to encouragement. There is a risk for anyone starting these proceedings that they’ll lose and have to pay the other side’s costs, but the reward is potentially high and makes it worthwhile.

Finally, in the UK context, there is Sir Ian Wood’s report into the future of the North Sea oil and gas industry, in which he says the increasing number of disputes is a disincentive to investment. He described the UK continental shelf as one of most aggressive and confrontational basins in which to work. He proposed the introduction of a hands-on, interventionist regulator to regulate the industry, and in particular said that the regulator should be able to intervene in commercial disputes and attempt to mediate them (i.e., non-binding, third-party assisted negotiation), which is a novel approach. But he went further and said that if mediation is not successful, the regulator will be able to make a finding as to which party he/she thinks, if any, is not complying with its obligations to maximize the UK’s economic recovery. The regulator won’t be able to impose a commercial solution but will be able to say who he/she thinks is in the wrong, and that decision might lead to penalties such as fines or losing your field license. I can foresee in the future, if this is implemented as the government has said it will be, an incredible amount of money and time being spent dealing with interactions with the regulator in a similar way as the financial services sector. Another level of dispute will be added in addition to the underlying commercial dispute: disputes in challenges to the regulator’s decisions. This could be counterintuitive to Wood’s desired outcome: to make disputes less of a feature.

In response to this, Berwin Leighton Paisner’s litigation department has launched a new legal service called Integrated Dispute Resolution, which it says brings together a single team for every stage of the dispute process, from instruction through to trial. The service is already proving popular with energy clients, the firm says.

PEi: How does the dispute resolution process traditionally work?

RP: Traditionally in England, certainly, we’ve had what we call a divided Bar. We had solicitors like me who were able to deal directly with clients, and for purposes of obtaining specialist legal advice – learned advice – and advocacy, you would go to a barrister – although the lines between what we do have now become very blurred. By and large, for the biggest court cases and many arbitrations, the parties will want a senior barrister (called a Queen’s Counsel or QC) for the comfort of knowing they’ve got the best advocate who’s also specialized. On top of that, each party exchanges documents – what’s called ‘disclosure’ of documents relating to the dispute – which can be very costly. Cases can have millions of documents – emails, letters, contracts, board minutes, notes, etc – so the process of compiling and reviewing them can be very costly. Recently – in the past 10 years – using IT systems has become a big part of the market. There are lots of third party IT specialists offering assistance to clients in harvesting documents and putting them on databases to assist in the disclosure process. So you’re paying all three – plus, also, forensic accounting advice. A claim most often involves a claim for damages. So you bring in an accountant.

What we have done at BLP is come up with integrated dispute resolution – which does exactly what it says. We have a one-stop shop under one roof: you get top-quality legal advice in specialist sectors such as energy; also advocacy services – three QCs, three barristers, who work with us including Stuart Isaacs QC, who heads our advocacy team. It’s cost-efficient and speedy, potentially much quicker and cheaper than getting in an external barrister. We also have a forensic accountancy unit – right at the start of a case, without third party cost, clients can get advice and we can see what questions we as solicitors should be asking the client in order to give them up-front advice on damages they can claim and whether there will be issues in proving that loss.

We have a unique feature, called Lawyers on Demand, a service whereby we can provide clients with freelance lawyers on a short-term contract basis. Instead of coming to us, and us doing all the work, clients will often have a legal department of their own, but their staffing levels will have presupposed helping the business with core contract issues, employment law, etc – they won’t have foreseen a large dispute which takes up a lot of their in-house time. We can put in fully trained litigation associates to give their in-house legal team a short-term boost. Some of the lawyers we have on hand are specialists in areas like data protection.

PEi: Which energy sectors does your firm serve?

RP: We serve the whole remit, from upstream oil and gas to downstream to energy generation, carbon trading, pretty much the full thing. Some of my colleagues also work on the construction side – disputes arising from the construction of power stations and transmission lines, etc. We also have a very large oil, gas and energy focus group in BLP working on all aspects of energy. I’m predominantly oil and gas, while some of my colleagues worked on a very large carbon emissions trading dispute for a Spanish energy firm regarding the sale and purchase of carbon credits.