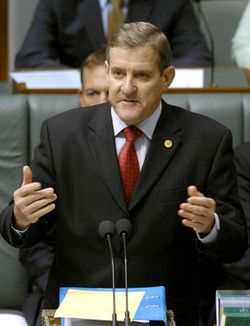 State backing for gas-fired power projects is to see fresh investment in the sector in Australia.

AGL Energy has announced a $222m gas-fired power plant is to be built in South Australia, as a means of improving energy security for the wind energy dependent state.

The state has suffered blackouts in recent years and AGL plans to build a 201 MW plant to replace two of the four turbines at its 50-year-old Torrens A gas-fired power station, which it plans to close in stages from July 2019.

The new Barker Inlet plant is expected to be able to reach full capacity within five minutes of starting up.

The plant would improve “reliability and security of supply in South Australia using modern, responsive technology that is more fuel efficient and less carbon intensive” than the Torrens A power station, Chief Executive Andy Vesey said in a statement.

Meanwhile Queensland Resources Council (QRC) has welcomed the latest policy announcements by the Queensland Government of its Powering Queensland Plan to address the state’s energy needs.

QRC Chief Executive Ian Macfarlane (pictured) said: “Once again we see Queensland showing New South Wales and Victoria on how to run an energy policy by investing in gas power and releasing another 395 km2 of land for new gas tenure to supply the east coast market.”

“It’s common knowledge the eastern seaboard of Australia is facing a gas shortage and instead of putting their head in the sand the government is looking at how to fix the problem. This is proactive step by the Queensland government.”

Macfarlane called on the state government to be technology agnostic when it comes to low emissions power generation, including the lowest cost energy source available not just renewables. He said that includes clean coal.

“The government should also support the addition of a modern high efficiency, low emission (HELE) power plant, potentially in Townsville, using some of the highest quality, low emission coal in the world right here in Queensland,” Mr Macfarlane said.

“The government is ignoring the global shift currently underway with coal-fired power generation in countries such as Japan, with new state of the art HELE plants delivering affordable, reliable energy with a significant reduction in CO2 emissions.”