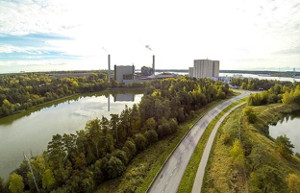 A new combined heat and power (CHP) plant is currently under construction in Naantali, Finland. The multi-fuel power plant is scheduled to be commissioned in the autumn of 2017.

The plant boiler control system and flue gas cleaning equipment is being supplied by Valmet, with delivery scheduled to take place in August 2016.

TSE produces district heat and electricity for the city of Turku and its neighbouring cities. It also produces process heat for nearby industry. The company is owned by Turku Energia Oy, the cities of Raisio, Kaarina and Naantali as well Fortum Power and Heat Oy.