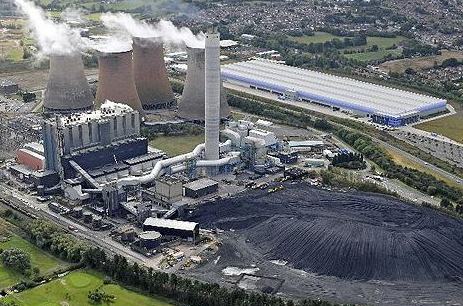 UK emissions reduction company RJM International is carrying out a full burner replacement project on a coal plant in England.

RJM is currently installing 28 of its ultra-low NOx burners on the 500 MW Unit 7 at Rugeley power station.

The 1000 MW Rugeley plant – which is operated by Mitsui and GDF Suez subsidiary International Power – has opted-in to the UK government’s Transitional National Plan (TNP) for large combustion plants, which runs from January 2016 to June 2020 and is a forerunner to the Industrial Emissions Directive (IED).

The TNP allows some large combustion plants an extra four and a half years in which to invest in emissions abatement technology to comply with the IED limits for nitrogen dioxides, sulphur dioxide and dust.

The objective at Rugely is that once the RJM burners are installed, the plant will be able to generate for a greater number of hours than would have been otherwise possible.

RJM said that this “will give plant managers time to consider the extent of any secondary NOx reduction measures that may be required to ensure compliance with the stricter NOx emission limit values of the IED, which will apply from 2020”.

RJM International managing director John Goldring said that the Rugeley project “means that RJM has now completed upgrade assignments at more than half of the UK’s coal-fired fleet and confirms that we are a valuable partner to help plants maintain generation capability when faced with ever more stringent emissions limits”.

Rugely plant manager Neil Cranswick added: “The lower our NOx, the greater number of hours we can generate, so we are looking forward to RJM’s new ultra-low NOx burners coming on-line in the fourth quarter of this year.”