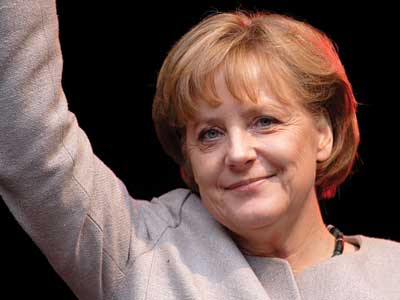 The heads of 24 NGOs have written a joint letter to German Chancellor Angela Merkel in which they back the Energiewende and urge her to take a lead in Europe over climate change and renewables targets.

The NGOs are all European – but not German – and include Oxfam, Carbon Market Watch, Climate Action Network France and the European Environmental Bureau.

In their letter they say that the Energiewende “shows the world – and in particular Germany’s European neighbours – that the energy transition is not only technically possible but also an economic and social opportunity”.

However, they add that they are “concerned by the lack of climate leadership in Europe” and ask Merkel to “step up and create a new dynamic at European and international levels”.

In particular they want the German leader to go beyond the EU emissions target agreed last month, which calls for a 40 per cent cut in emissions by 2030, and push for at least a 55 per cent reduction.

The letter states that the 40 per cent target “is not sufficient to get us out of the climate crisis, may put an artificial cap on the deployment of renewable energy and energy efficiency improvements, and is not enough to revive the EU’s flagging carbon market”.

The NGOs were also disappointed that the EC’s 2030 proposals did not include a fully binding target for the deployment of renewables – a decision this week voted against by members of the European Parliament. The NGOs want Merkel to take a lead on ensuring such a target is established.

They write: “Europe needs a European leader that can inspire other countries to step up. As Germany has already adopted domestic climate and energy targets, we think it is in your country’s own interest to fill that leadership vacuum and drive the negotiating process.”