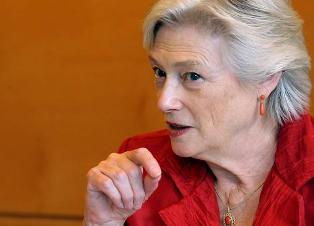 “The drive to clean up the world’s energy system has stalled,” according to the executive director of the International Energy Agency.

Maria van der Hoeven (pictured) told international government ministers in India today: “Despite much talk by world leaders, and despite a boom in renewable energy over the last decade, the average unit of energy produced today is basically as dirty as it was 20 years ago.”

She was speaking in Delhi at the Clean Energy Ministerial, a meeting of ministers representing countries responsible for four-fifths of global greenhouse-gas emissions.

She said the inertia in the drive for clean energy was illustrated by a new IEA report called Tracking Clean Energy Progress, which includes the Energy Sector Carbon Intensity Index (ESCII), a breakdown of how much carbon dioxide is emitted, on average, to provide a given unit of energy.

Van der Hoeven said: “As world temperatures creep higher due to ever-increasing emissions of greenhouse gases like carbon dioxide – two thirds of which come from the energy sector – the overall lack of progress should serve as a wake-up call.

“We cannot afford another 20 years of listlessness. We need a rapid expansion in low-carbon energy technologies if we are to avoid a potentially catastrophic warming of the planet but we must also accelerate the shift away from dirtier fossil fuels.”

The IEA found that progress remains “alarmingly slow for many technologies that could save energy and reduce carbon dioxide emissions consistent with international climate goals”.

However, it did find that they had been significant progress in the development worldwide of renewable energy. In 2011-2012, solar photovoltaic and wind technologies grew by 42 per cent and 19 per cent respectively, “despite ongoing economic and policy turbulence in the sector”.

The IEA report also highlighted the efforts of many emerging economies to introduce clean energy, in particular Brazil, China and India.

The IEA stressed that “in a world that continues to rely heavily on fossil fuels, carbon capture and storage deployment is ever more critical”.

The report points out that while CCS technologies are mature in many applications, they are unlikely to be deployed commercially until governments make a strong policy commitment.