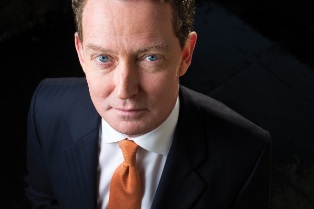 UK Climate Change Minister Greg Barker has said that shale gas has a key role to play in cutting carbon emissions and helping to eradicate the use of coal.

Speaking at a debate in London yesterday, Barker said it was time for shale gas opponents “to come down off the barricades”.

“We should not fear gas or fracking. Fracking is not some Frankenstein technology. If used thoughtfully and responsibly, the new boom in global gas consumption need not be the enemy of climate change.”

He said gas could be “a valuable ally” in the global fight to cut emissions and that the deployment of gas-fired power would help countries hit their emissions targets, in particular reducing reliance in developing nations on diesel-generated power and larger coal-fired power stations.

He said the example of the US was one that Europe and the rest of the world had to take note of: “You cannot escape the fact that the switch to shale has cut US emissions.”

Barker said that while the “drill-baby-drill language” of many shale gas advocates was “like a red rag to a bull” to many climate change activists, a measured and regulatory-stringent approach to fracking could see in playing a vital role in cutting carbon emissions.

“We are on the fringe of a global gas revolution and if shale gas is extracted responsibly, the environmental impact is about the same as conventional gas.”

He said he had been reassured about drilling for shale gas after he visited the Marcellus Shale in the Appalachian Basin in Pennsylvania.

“It has not turned Pennsylvania into Texas,” he said, adding that the use of horizontal drilling meant that “wells don’t have to be lined up like nodding donkeys on the horizon”.

He stressed that “we must alive” to safety concerns over fracking, such as water contamination, but made a point of criticising many anti-shale campaigners who had protested at the site of a proposed well in Balcombe, England, last year.

Barker said it was “morally disingenuous to tie themselves to arguments against gas” while they “do so little about the rise of coal in the developing world”.

“Coal is the enemy” he emphasised, adding that he was not “advocating shale gas at the expense of other low carbon technologies”.