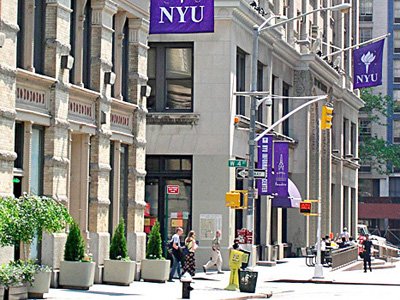 New York University has announced that it is setting a target of a 50 per cent Green House Gas (GHG) reduction by 2017, with cogeneration already playing a major role.

This is in accordance with its Climate Action Plan, (CAP) which calls for the University to strive for climate neutrality by 2040.

NYU developed its CAP as a result of signing two separate commitments to mitigate climate change: Mayor Bloomberg’s PlaNYC Climate Challenge, which called on NYU to reduce greenhouse gas emissions by 30 per cent by 2017, and the American College and University Presidents’ Climate Commitment (ACUPCC), which commits NYU to achieving climate neutrality by 2040.

“As one of the nine initial signatories of the Mayor’s 2030 Challenge Partners, NYU continues to be a staunch supporter of the Mayor’s sustainability initiatives. We commend the Mayor for his leadership in setting an agenda to confront directly the challenges of global warming,” said NYU President John Sexton.

“We are proud to have achieved our initial greenhouse gas reduction commitment in January 2011, six years ahead of schedule. As an institution, we have set a target of 50% greenhouse gas reduction by 2017 on our way to carbon neutrality by 2040. We look forward to continuing to work with the Mayor’s Carbon Challenge and partner universities to create a greener and greater NYC, not only for our generation, but for the generations to come.”

NYU completed a cutting-edge, high-efficiency cogeneration power plant in 2011 at a cost of $125 million—the largest capital investment in NYU’s history. The plant provides heating, cooling and electricity to 40 buildings, powering half the campus with cleaner energy. By switching to natural gas, NYU’s plant also helps to prevent brownouts, taking pressure off the city’s strained electrical grid. The plant also reduces NYU’s GHG emissions by more than 20 percent, and cuts other air pollutants by 68 percent–all while doubling the power output of the previous system.

NYU has also retrofitted and upgraded to ENERGY STAR equipment, installing energy efficient boilers, printers, and computers throughout the University. Occupancy sensors were installed for lighting, heating, and cooling, and the use of building management systems for monitoring and controlling energy use were greatly expanded.

On the education side, NYU has trained equipment operators in energy efficiency, and engaged students, faculty and staff to use less energy through campus-wide initiatives such as the Sustainability Task Force and NYUnplugged, a residence hall energy reduction competition. Finally, NYU continues to build and retrofit its buildings to LEED® Silver standards for new and existing construction.

“In order for NYU to get to 50 per cent, we will be continuing to retrofit our lighting, moving from florescent to LEDs,” said Ozgem Ornektekin, director, NYU Office of Sustainability. “Additional reductions will also come from energy audits, optimizing operations, perhaps some renewables, and an excellent behaviour change campaign.”