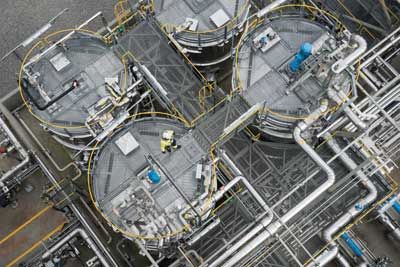 The European carbon capture and storage sector is coming to terms with the news that a flagship à‚£1bn UK programme to get CCS projects off the ground has been scrapped.

The Carbon Capture and Storage Association said the decision was “just incredible” while the Institution of Mechanical Engineers said it was “very disappointing news”.

The decision was made public on Wednesday, officially as part of Chancellor George Osborne’s Spending Review and Autumn Statement. However it was not mentioned in his statement to Parliament nor was it in Spending Review documents. Instead, the London Stock Exchange was told by the Department of Energy and Climate Change that afternoon that “the à‚£1bn ringfenced capital budget for the carbon capture and storage competition is no longer available”.

The news is a huge blow for many European companies who have spent the last four years laying the groundwork for projects that they hoped would be selected for the à‚£1bn pot of financial backing.

“Only six months ago the government’s manifesto committed à‚£1 billion of funding for CCS. Moving the goalposts just at the time when a four-year competition is about to conclude is an appalling way to do business.”

Warren said the announcement was “a real blow to confidence for companies investing in CCS. Without concrete government support for CCS the UK will lose the opportunity for cost-effective decarbonisation”.

There have been worldwide concerns both in governments and industry of the costs involved in setting up CCS projects. Indeed, only one project has so far reached commercialization ” SaskPower’s Boundary Dam plant in Canada.

Dr Jenifer Baxter, head of Energy and Environment at the Institution of Mechanical Engineers, said that while “there have been concerns about the initial costs of this technology, we will only be able to properly assess the viability of UK CCS upon the successful delivery of a demonstration project”.

“Demonstration projects are a recognised requirement for full commercialisation of all large technologies. Without such, new energy management technologies will remain in the shadows.”

She added that if the UK was “serious about building a clean and secure energy sector, we need a diverse energy system, and CCS is central to this. In addition to the potential this technology has in making coal-fired generation low carbon, there is great promise for this technology to be used to retrofit gas-fired power stations in the future as well.”

Dr Baxter said that cancelling CCS and other recent government decisions to phase-out coal plants by 2025 and build Hinkley Point C nuclear power plant meant that “the UK looks set to experience a new dash for gas. Without CCS technology this will mean we are locking ourselves in to relying on unabated fossil fuel power for generations to come.”

The two most high-profile CCS project in the UK are Capture Power’s White Rose, at Drax power station in England, and Shell’s Peterhead in Scotland.

Leigh Hackett, chief executive of Capture Power, said: “We are surprised and very disappointed by the government’s decision to cancel the CCS Commercialisation Programme more than three years into the competition.

“It is too early to make any definitive decisions about the future of the White Rose CCS Project, however, it is difficult to imagine its continuation in the absence of crucial government support.”

The prospect for a new British dash for gas was highlighted in the Autumn Statement when Osborne announced plans to create a Shale Wealth Fund to support the creation of a shale gas industry.

Tim Emrich, chief executive of UK Power Reserve, said that the move “should accelerate investment in this sector. One of the biggest challenges the sector faces right now is funding projects as a result of drawn out planning applications and the low current gas price.à‚ This long planning is making investors reluctant to hand over cash as under the current system projects are uneconomical.”

But Greenpeace policy director Doug Parr said that the wealth fund “flies in the face of what local people want. Given that support for fracking is at an all-time low, it’s no surprise that the Chancellor is resorting to little more than bribery to convince the British public to support his pet project.”

Dr Colin Brown, director of engineering at the Institution of Mechanical Engineers, said the creation of the wealth fund “provides some guidance as to where additional UK gas is expected to come from,à‚ supporting the development of more gas power plants. However without local authority and community buy-in environmentally as well as economically to regional shale gas production, this is unlikely to help the UK meet the demand for electricity following the closure of coal fired power stations.”