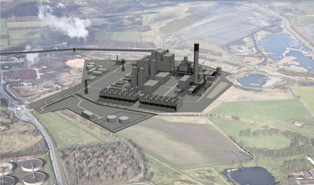 Successful commercial deployment of carbon capture and storage technology could save the UK £32bn ($51bn) in energy system costs by 2050, a conference heard yesterday.

George Day, head of economic strategy at the Energy Technologies Institute, said that the figure would be preceded by £13bn of savings in 2030 and £20bn by 2040.

However he stressed that to realise these savings, a total investment of £65bn in CCS would have to take place between now and 2050.

Earlier in the conference – organised and hosted by the Institution of Mechanical Engineers – delegates were told that Britain’s Electricity Market Reform – the new energy framework currently being driven through government – is “arguably the only model in the world that will facilitate CCS deployment”.

Luke Warren of the Carbon Capture and Storage Association said that for too long CCS had been “an orphan” within government, with no department looking to drive the technology to commercialisation.

However he said that the EMR – part of the government’s Energy Bill – offered the best chance yet to get projects off the drawing board into demonstration and then into commercialisation.

But he stressed that the EMR framework would need to be adapted for CCS. Under EMR, each low carbon technology will have a contract for difference – a sum guaranteed by the government to be paid to power generators. But CfDs have been set up primarily for renewables and nuclear and Warren explained that “the cost structure for CCS is different so we will have to bend the CCS model”.

“The real test is whether government is willing to distort their design for CCS,” he added.