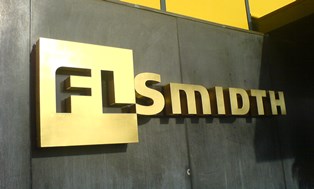 Haldor Topsoe and FLSmidth have signed a co-operation agreement to bring to market the product called EnviroTex, which they claim is a catalytic filter bag “capable of removing dust, volatile organic compounds and nitrogen oxides in one integrated and cost-effective process”.

Among the industries being targeted are the power, biomass and waste incineration sectors.

Over the past four years the two companies have been developing and testing the EnviroTex technology which they state has “proven efficient for several industrial applications”.

Haldor Topsoe chief executive Bjerne S. Clausen said: “Developing this product has been a combination of the very best that Topsoe and FLSmidth have to offer from a R&D perspective.

“By combining FLSmidth’s expertise in filtration in industrial processes with Topsoe’s leadership in catalysis, we have created a unique product that will allow customers to meet increasingly stringent environmental legislation at a fraction of the operating cost that even the best available technologies offer today.”

The companies state that what makes EnviroTex different “lies in the fact that it consists of three layers of filter fabric. Each layer contains a tailored catalyst optimized for the removal of specific kinds of compounds from the off-gas that passes through it”.

“The three layer structure is unique,” says Clausen. “Not only because it provides us with the flexibility to tailor different catalytic combinations for different industries. It also makes it possible to handle the removal of several critical compounds in one integrated process. This can significantly reduce the cost of off-gas cleaning because today’s standard is to use separate stand-alone systems to address removal of specific compounds. This translates into complexity and higher customer operating cost.”

Fabric filters are used across a variety of different industries today. In many applications they are used as a final purification step to remove particulate matter from the flue gas.

FLSmidth chief executive Thomas Schulz said: “The beauty of this collaboration is that we can fully leverage each other’s strengths and market presence and efficiently target a global market opportunity.

He explained that the companies believed that initially the US market will benefit from the product because of new regulatory requirements that have been issued by the US Environmental Protection Agency and will take effect 1 September 2015.

“In the longer term, China may hold an even greater market potential as stricter emission legislation is also being imposed there.”

EnviroTex will be manufactured at FLSmidth’s bag production facilities in Georgia, US. The filter bags will then be catalyzed and assembled at Topsoe’s catalyst production site in Houston, Texas, where an entirely new production line dedicated to EnviroTex will be built and is set for completion by the end of this year.