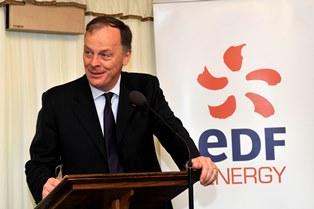 EDF’s engineers have circulated a paper to all executives internally counselling against developing the Hinkley Point C nuclear power project.

The white paper said that the “realistic service date was 2027” due to the size of the project, continuing design modifications to the European Pressurised Reactor system and the “very low” competency of French supplier Areva in making some of the large components.

The company’s engineers don’t believe in the existing design, pointing to the delays experienced in Finland and France. The paper, seen by the Financial Times, makes the case for a “new EPR”, calling on the company to redesign the current reactor technology to make it smaller, cheaper to build and less complicated.

A timely start-up at Hinkley Point, which will provide 7 per cent of UK electricity, is critical because the government has set 2025 as the date by which the last of Britain’s coal-fired power stations is due to close.

Despite the engineers’ input EDF said in a statement last night that it would stick to the planned timetable. “The date for the first operation of Hinkley Point C has not changed. It will be in 2025,” it said.

The majority of the 18-strong board is likely to vote in favour of the deal in May, according to people close to the group. The company is 85 per cent state owned, and the government wants the project to go ahead.

Internal opposition to the project to build another reactor to the same design as those under construction in Flamanville in northern France and Olkiluoto in Finland has always been strong. The logic is if those projects have not been completed, why take on all the risks of another?