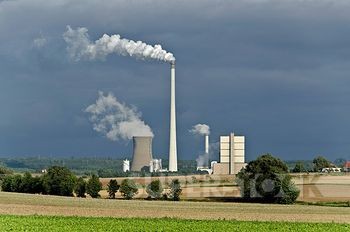 One of the Czech Republic’s biggest power providers, has completed the acquisition of German 390 MW brown coal-fired power plant Buschhaus and adjacent coal mine Schoeningen from Germany’s E.ON.

EP Energy completed the transaction through subsidiary Mibrag on December 20. The value of the deal had not been disclosed.

The group is the biggest heat supplier and the second-biggest electricity supplier in the Czech Republic. It is also the leader in the gas supply segment in Slovakia.

After the closure of the Schoeningen mine scheduled for 2017, EP Energy will be able to prolong the operation of the Buschhaus power plant, near Helmstedt, significantly thanks to supplies of brown coal from its Mibrag mines, the company said.

The aggregate installed capacity of the power plants owned by EP Energy in Germany will exceed 900 MW after the acquisition of the facility.

Buschhaus, which generates around 2.5 billion kilowatt hours (kWh) of electricity annually. had been the biggest producer of carbon dioxide (CO2) emissions in Germany until its modernisation by E.ON (FWB:à‚ EOAN) in 2002. The power plant’s landmark 307-metre-tall chimney is the highest in the country.

Electricity generated by burning brown coal now covers 26 per cent of consumption in Germany as the country continues to depend on coal as it transitions away from nuclear energy.