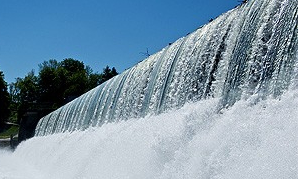 E.ON is to sell its Italian hydropower complex to renewable energy firm ERG Power Generation for an undisclosed amount, the company has announced.

The 527 MW Terni Hydroelectric Complex, which consists of 16 power plants, seven dams, three reservoirs and a pumping station, extends over four Italian provinces and generates around 1.4 TWh per year.

The transaction is expected to close before the end of the year.

In July E.ON completed the sale of its coal-fired, gas-fired and solar power assets in Italy to Czech utility EPH in order to focus on its power and gas sales business in the country, which supplies around 700,000 customers. The company said in a statement that it also plans to focus on expanding its distributed energy business in Italy going forward.